If the Trucking Industry Stopped

The American economy stretches across the continent, and the trucking industry serves as a vital link between domestic and foreign trade. They move tons of freight from many locations and markets serving consumers with goods produced both at home and abroad. Without the efforts of truck drivers, our basic choices for consumer goods would reduce drastically in size.

Truck Driving and Freight in the United States.

In a recent blog by TruckerPath, ATA’s CEO Chris Spear said, “Trucking is literally the driving force behind our great economy. Safe, reliable and efficient motor carriers enable businesses throughout the supply chain to maintain lean inventories, thereby saving the economy billions of dollars each year.”

The trucking industry and its effect on the economy.

The Bureau of Transportation says of the nation’s 122.5 million households, 7.5 million business establishments, and more than 90,000 governmental rely on the efficient movement of freight, making it pivotal to the success and growth of the economy.

By 2040 long-haul freight truck traffic in the United States is expected to increase dramatically on the National Highway System (NHS) to keep up with the growing population and the demands for products and goods.

Truck Drivers are the Backbone of the American Trade Economy

The economy relies heavily on drivers to transport freight and keep supply chains moving. With the need for goods increasing, more truck drivers will be needed to help move domestic and foreign products. As households and businesses start spending more and with many of the current drivers expected to retire, the need for truckers is going to grow exponentially.

In 2011 nearly 14,530 miles of the NHS carried more than 8,500 trucks per day. That means on some stretches of road one in every 4 cars was a truck carrying freight. Because of the potential for traffic accidents, truck drivers have one of the highest rates of injuries and illnesses of all occupations. It’s not difficult for a truck driver to work 70 hours within 8 days, but the Federal Motor Carrier Safety Administration applies regulations to ensure each driver receives the appropriate time off in between deliveries for their own health and safety.

Fun and interesting facts about trucks and their drivers that will surprise you.

It’s obvious to see the important role the trucking industry plays. Though it can be demanding, the job is vital to the success and growth of consumer trades. Here are some fun facts about the industry that may surprise you:

Are you ready to become a part of the next generation of truck drivers? Contact Beacon Transportation today. 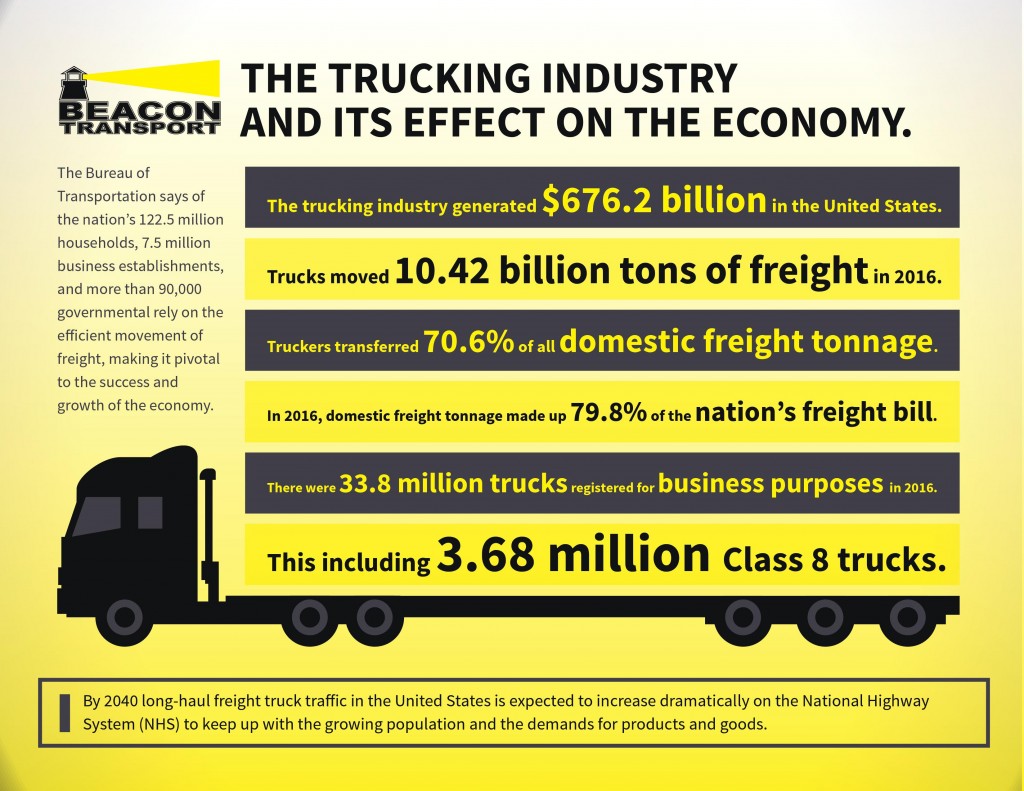